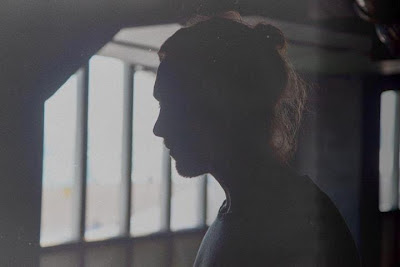 Reputations in the field of tunesmithery aren't so easy to come by, although Leon Vynehall certainly seems to be going in the right direction in perfecting his craft. Two strong releases, 'Mauve' and 'Gold Language' (the first with the label Well Rounded and the second through George Fitzgeralds ManMakeMusic), made sure that he was announced as someone to watch out for. The latest release soon to be coming out of his locker to surely cement him firmly as an in-demand fella is the 'Rosalind' EP (back with Well Rounded) which can be sampled through the form of a colour drenched video below. Keep your ears perked for a release date.

Far be it from me to tell people how to live their lives, but to those who happen to be in the region of London this September you should most probably be heading down to Corsica Studios for the 'Church' night on the 21st September. Not only is Mr. Vynehall playing, but you'll also be able to catch the likes of Marcellus Pittman, Koreless, Midland and Dauwd among other family favourites. So go live your life down there for the night.
Posted by Unknown
Email ThisBlogThis!Share to TwitterShare to FacebookShare to Pinterest
Newer Post Older Post Home