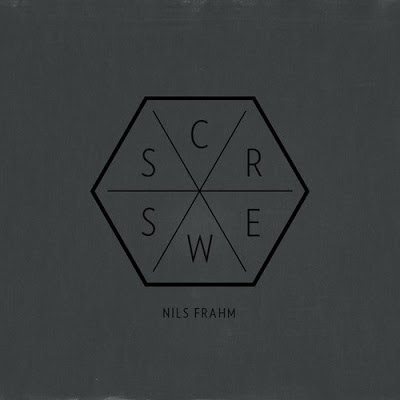 It is said that variety is the spice of life but spicy food isn't really my cup of tea, however Nils Frahm has delivered us a mild chilli which smells just like just how momma used to make. 'Screws' is Frahm's 9th solo effort returning after his 'Juno' and 'Felt' releases back in  2011, but they sound like a cacophony of sound compared to his most recent outing which is as stripped back at you can get. This might have something to do with the broken thumb which Frahm was inflicted with through an unfortunate accident, putting the pianist's career on ice for a while. Well, when I say on ice, I mean putting together nine tracks of piano compositions which sounds destined to belong alongside Bowie as the backing track of the festive animation 'The Snowman'. I'm going to be the bigger man and not make any thumbs up jokes, but instead make a prediction that this is the start of the evolution of humans to a more peaceful and thumbless society. After all how would the Roman emperor have condemned gladiators to their death without thumbs? Anyway, grab the free download of screws here and mull that one over with some mulled wine and a Muller crunch corner...