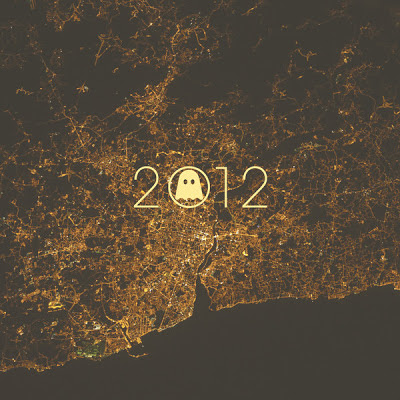 Ghostly International is a label that doesn't like to throw all of its large-free range eggs into one basket, but rather decides to crack the pan out and create a big old Spanish omelette with a variety of ingredients that would be enough to feed a large artisan family. To mark the end of 2012 Ghostly have provided us with a 14-track compilation of some of their favourite tracks from the year. The label-come-'cultural curators' like to describe their musical and artistic output as "genre-less" which goes some way to describing what is offered up in this collection, and although I wouldn't go as far to put it on par with the likes of free form-champion Derek Bailey's puzzling approach to genre quashing (it's hard to say precisely what he's trying), there is certainly an eclectic mix on offer. With tracks from the likes of Fort Romeau and Shigeto being on the table it's difficult to refuse the free download, as it happens there are quite a few undiscovered gems on here as well, so get digging. Head over to get the free download here.