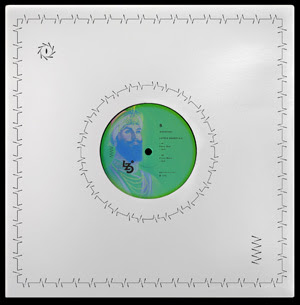 It has been announced that the pair which make up Laszlo Dancehall (otherwise known as Lyon Vynehall and Christian Piers) are set to release their second EP through George Fitzgeralds ManMakeMusic label. The tracks are yet to be released from the new cut so the extent of what we can relay is limited; we do know they've stuck with the Hindu deity theme for artwork, it's being released on the 21st October, and if it's anything like their previous release than it should have tabs all over it.
It is also well worth a mention that the Vynehall half of Laszlo Dancehall has got an impending release through 3024 set for the 16th September. The first track to be laid out from the EP sees Vynehall delivering his usual jaunted slant on house. Take a listen to it below...
Posted by Unknown
Email ThisBlogThis!Share to TwitterShare to FacebookShare to Pinterest
Labels: 3024, Christian Piers, George Fitzgerald, Laszlo Dancehall, Leon Vynehall, LZD Part II, Man Make Music
Newer Post Older Post Home