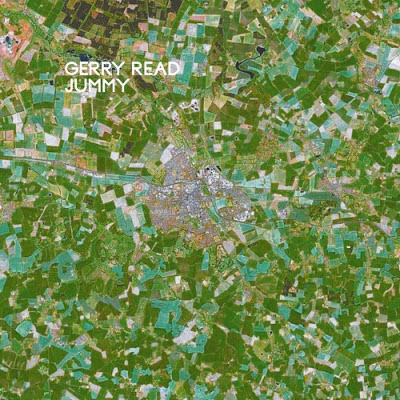 About two weeks ago it was announced that Gerry Read was going to fill the double-LP shaped hole that lies in his back catalogue with his first album release, 'Jummy' (through familiar Ramp Recordings sub label Fourth Wave), on the 19th November. As we've stated in previous posts detailing earlier releases of his, this guy has definitely got some musical presence about him - utilising percussion rhythms that might feel like a nipple cripple at first, but when complaining about the pain and subsequent peach like bruising it's guaranteed that your head will be nodding, feet stomping and that loop will be firmly imprinted into your psyche. Now it's hard to portray excitement so much through text without an inappropriate use of punctuation...so I find it better to keep casually calm and insist that a sticky note is written reminding you of this particular release and stuck somewhere you'll notice (forehead?). Take a listen for yourself if you're not convinced its worth a precious sticky note...
It's definitely also worth noting that Gerry Read will be making his presence felt for club night 'Butter Side Up' at Leeds cellar venue 'the Wire' on Friday 9th November. We fell over ourselves to snap up a ticket - grab one for yourselves at Ticketmaster or Resident Advisor. Free mix made for Inverted Audio download here.
Posted by Unknown
Email ThisBlogThis!Share to TwitterShare to FacebookShare to Pinterest
Newer Post Older Post Home