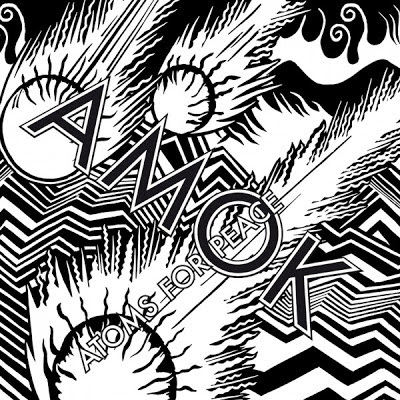 It should be abundantly clear what lies in store come the 26th February, when Thom Yorke's latest outing with the star studded casting of super group - Atoms For Peace - and their LP release of 'Amok' comes to fruition; excitement still seems to buzz around every tantalising glimpse. The latest ankle showing of the album is latest track 'Judge Jury and Executioner', which was debuted on BBC Radio 1 with band members Thom Yorke, Nigel Godrich and Joey Waronker present and speaking of the methods behind the madness and giving hints of future plans, most notably live performances.
'Judge Jury and Executioner' treads familiar territories to what we have come to expect to hear musically from the likes of Thom (not that we're complaining) and gives us another corner piece to the puzzle of the new album, building on the track 'Default' which was graced upon us back in September. 'Amok' will be released via XL Recordings on 26th February, if this has sold it to you pre-order a copy here.