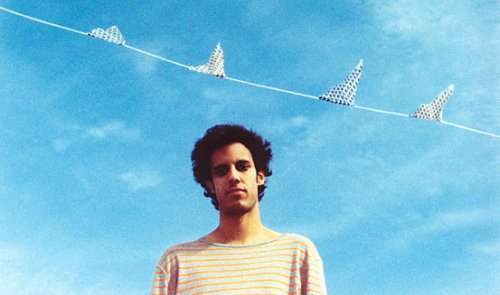 Four Tet is always a man full of surprises and little tricks up his sleeve, it was therefore no real bombshell to have heard this morning Mr Kieran Hebden announcing via Twitter that he was going to be releasing a free-to-download LP. This release however is not one of his usual boundary pushing and genre twisting work, at least in every respects it shouldn't be, because it is an LP of previously unreleased material circa 1997-2001. Yet in a time when the world was pre occupied with the likes of the Spice Girls, Pokemon, and the millennium bug (simpler times) - Hebden was honing his craft and etching out a style for himself still found in his musical styling today, evidently creating music which still sounds as fresh today as anything around. Who knows what would have been made of it back 3 years B.F (Before Facebook). With a re-issue of Four Tet's 'Rounds' also coming later this year to mark the 10-year anniversary of the release it seems 2013 is going to be a year for Hebden to reminisce, although I don't think anyone is expecting him to be resting on any of his laurels regarding new material. The '0181' LP will see its release on vinyl 'soon' according to the Soundcloud page, but for now it is available for streaming and download below.