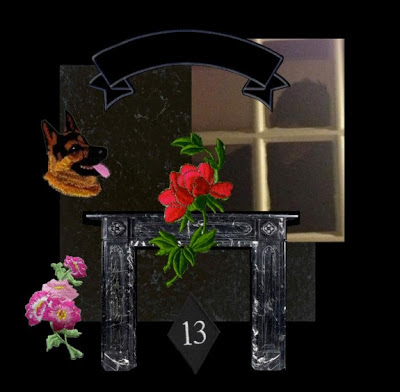 Not much needs to be said about Shlohmo after a huge year as both a song writer and a remixer, he is at it again with yet another EP release to kick off 2013. Although 2012 saw his production style change slightly, it did not take a turn for the worst. In fact it might just have gotten better. After the Places LP, which sowed together experimental beats made from water droplets and stone rustles with distant guitar chords, 2012 saw him pick up the Roland drum machine and sprinkle the 808 goodness all over his Vacation EP and his many remixes, including 'Forget' by the amazing Lianne La Havas.

'Later', heard below, is the first track unveiled from the 'Laid Out' EP and appears to be an extension of the 'Vacation' EP, picking up where he left off with the almost trap style 808 percussion switching constantly between the hi hat patterns. It also features the amazing vocal samples that can be found in 'The Way U Do', drenched in overdrive, resonating like a 1960's solo played by Jimi at Woodstock... but without the burning guitar.

'Laid Out' is set for release on 5th March, with a possible vinyl release the following month. The tracklist can be found below along with the... well... shall I say 'random' artwork. Looking forward to this EP a lot, especially the collaborative effort 'Don't Say Know' with How To Dress Well.


Don’t Say No ft. How To Dress Well
Out of Hand
Later
Put It
Without

Also if you live in America (which sadly we do not) or are visiting America in the next few months (which sadly we are not) you should check out Shlohmo's tour dates, that got released via Fact Mag earlier today. Here
Posted by Unknown
Email ThisBlogThis!Share to TwitterShare to FacebookShare to Pinterest
Newer Post Older Post Home