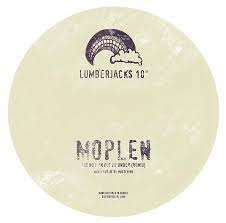 So now that the sunny summer of disco is almost imminent, spearheaded with Daft Punk's recent tease of their new material at Coachella, it's probably about time that you stocked up on a few edits of some classics. Happily enough Moplen and The Reflex have provided in the form of a joint two track 10" release, with Moplen taking the a-side with a take on Let No Man Put Us Under, and The Reflex on the b with Rock The Casbah. The release comes courtesy of Amsterdam's Lumberjacks In Hell label, and is available as of the 13th May and can be kept tabs of here. As it would be a sin to merely link to either of these tracks, they're both going up for a listen below...shake a leg.