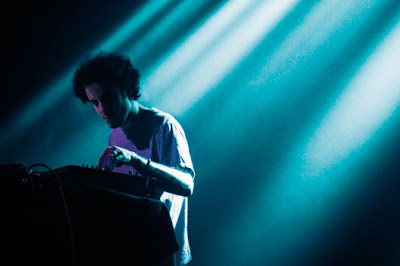 Four Tet continues his prolific output of various remix's, re-works, and re-edits, re-cuts, re-fix's and all other re's you can conjure to mind with his take of RocketNumberNine's track Rotunda. Four Tet takes a subtle approach on this one tweaking elements giving a sleek weight behind the already-kick heavy percussive and a token shaker or two.
Rotunda is set to be on RocketNumberNine's recently announced album release 'MeYouWeYou' via label Smalltown Supersound and is set for the shops both physical and digital on 21st May. Get yo'self a listen and free download below...
Posted by Unknown
Email ThisBlogThis!Share to TwitterShare to FacebookShare to Pinterest
Labels: Four Tet, RocketNumberNine, Smalltown Supersound
Newer Post Older Post Home