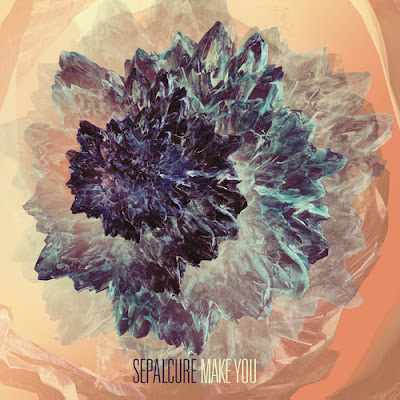 The dynamic duo are back again; Travis Stewart (Machinedrum) and Praveen Sharma (Braille) are the mysterious pair that make up Sepalcure who have now returned after a year long sabbatical. The couple have been dormant since late 2011 when they released their self-titled LP, but now they are back with their new Make You EP for Hotflush. Make You is the first track on the extended play and as expected "heartbreaking melodies, skittering footwork percussion, chopped guitar cuts and infectious tremelo vocals" are in abundance and such themes are sure to recur throughout the entire EP. Stewart and Sharma work on the basis that there no rules or limits as to what can be composed, this philosophical approach to production displays the duo's liberated outlook which is reflected in Make You. The forthcoming Hotflush release is due out on the 15th April and promises not to disappoint, get yourself in line for it here.

Tracklist
A1. Make You
A2. He Said No
B1. The Water's Fine
B2. Rumours
B3. DMD
Posted by Josh
Email ThisBlogThis!Share to TwitterShare to FacebookShare to Pinterest
Newer Post Older Post Home