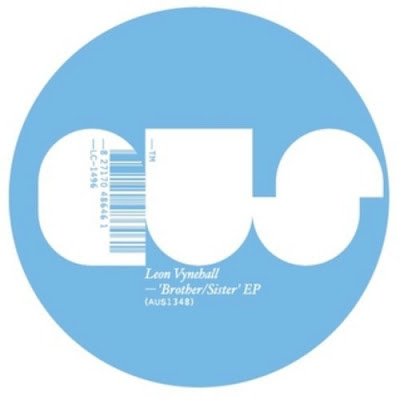 Leon Vynehall is beginning to amass quite a collection of high rate releases in his locker after his first of 2013 - the 'Rosalind EP' - was dropped after one of those all too frequent anticipation building waits that can be dragged out over a number of months... but in the case of this particular release, well justified. The next and more recent outing for Vynehall was his collaborative project with Christian Piers under the guise of 'Laszlo Dancehall', another flexing of the dancefloor-house muscles for the producer, in which his usual sonic stylings are wheeled out and packaged up in a weighty 4x4 bundle.
Old news aside, his latest two tracked 12" release - the 'Brother/Sister EP' - comes courtesy of Will Saul's Aus Music and has been placed on the world wide web for everyone to have a stream. The A side Brother takes its solid 4x4 house rhythm and slants a garage flavour in there to partner itself with the trademark Vynehall key stabs and vocal samples floating and interweaving between each other. Irresistible repetition is the name of the game here. The B side Sister takes a more laid back approach to the whole affair, sustaining the keys and allowing reverb to have its way to give a bit more air and space to the proceedings. The 12" will be available as of the 10th June, treat yourself here.