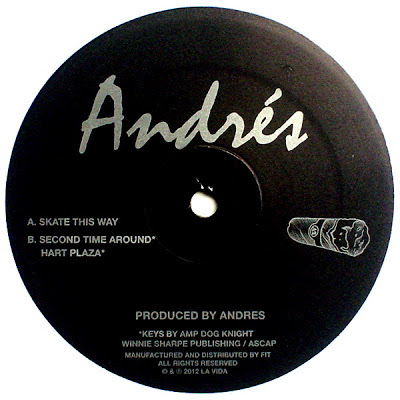 Andres seems to be a man who knows how to go about his business. Having set up his label La Vida releasing his own three track EP 'New For U/Jazz Dance' last February, he has returned with a second gift for us all this passing September - also following his 'Things You Like' EP pressing back in June for M1 Sessions - in the form of release 002 for La Vida, his 'Second Time Around' EP. Now if you're familiar with this guys back catalogue the savvy ones out there might recognise that the tracks "Second Time Around" and "Hart Plaza" are reworks, featuring fellow Detroiter Amp Dog Knight (Amp Fiddler), of a previous release KDJ29. But when you've got such a back catalogue as this, I don't think anybody is going to blame anyone for a few re-releases. Check it out and purchase...